Every year the International Society of Heart and Lung Technologists meet in a grand conference where the newest scientific and medical developments are discussed and celebrated. Every year a special international venue is selected.

As a pioneer in the field of genomic medicine as applied to heart transplantation, XDx is a regular visitor. Each year, XDx has a specific marketing focus for this event, often tied into location of the show. Custom marketing and dynamic graphics are developed, pre and post show, that celebrate this focus.

In 2009 the ISHLT event was in Paris, and XDx‘s theme was “Setting a New Standard”. This referenced the fact that AlloMap, XDx’s product, was rapidly becoming the standard used by heart transplant patients and centers, for monitoring the quiescnece of grafts received by transplant recipients.

Mid-century French advertising posters influenced the design milieu for this event, where a series of posters was developed referencing the current developments and successes of AlloMap in the marketplace.
These posters were utilized in the promotional materials given before and during the show, and they were featured prominently in the XDx booth. They were even developed into key cards for the hotel hosting the event.

Additionally, as a giveaway, a Metro map & guide was developed that highlighted the main attractions in Paris and the outlying areas. This map was branded in the signature event style and was included in a package for every guest invited by the company to visit the show.
Finally, a special invitation was designed for a VIP event that took place pre-show. Again, a classic French design motif was adapted.

This widely attended event garnered much attention and produced an abundance of traffic to the XDx booth. The promotional materials were highly sought after and collected, with most being kept long after the show. 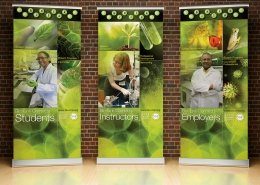 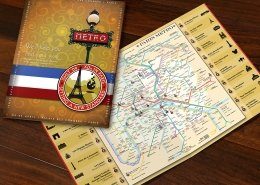 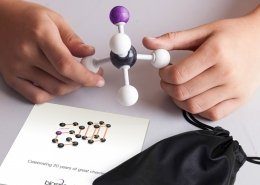 Paula is the person you will most likely speak to when discussing scientific concepts. With a Masters of Applied Medical Science and degrees in Biology, Chemistry & fine arts, Paula functions as a liaison with scientists, helping to translate their most complex concepts into compelling stories. Her creative problem solving and cheerful easy-going manner ensures every message is understood by the intended audience, every time.

When she’s not delving into the latest biotech innovations, Paula takes care of her flock of chickens and highly wired German Shepherd with her daughter Sydney. And as soon as a few moments open up, she'll get back into wildlife rehabbing.

Stephen handles much of the design direction and creative strategy at Adduci Studios. He specializes in brand development, and illustration and has over 25 years experience designing creative solutions for clients across a wide landscape of markets. Interestingly, Stephen was trained as a technical artist back when things were still done with pen, ink and brush.

Stephen wakes up ridiculously early most days to train in Brazilian Jiu-Jitsu and spends entirely too much time collecting and reading about mechanical wristwatches, which he justifies by saying he is studying good design.

Tamala has been supporting small business owners since 1998, back when dinosaurs roamed the internet and AOL proudly announced "you've got mail!" Over the past 20+ years in the online business space, she's excelled in strategic project management, online business strategy, and marketing implementation. As a member of the Adduci Studios team, she brings all of this expertise to the table to help our clients' projects run smoothly and efficiently.

Lindsey Blake was born and raised in the Bay Area of California, and currently resides in Portland, Oregon. She has been a part of Adduci Studios since 2021 and enjoys being a pivotal part of work that positively affects others. As a dog mom in the PNW, she has become a pro at rainy hikes! When she’s not with her dog, Bernie, you’ll most likely find Lindsey at a concert, art event, or snuggling with pigs at the local animal sanctuary where she regularly volunteers.

Sue is originally from the Garden state of New Jersey but she has called the Rose City, Portland, Oregon her home for the past decade. Sue joined Adduci Studios in 2021 and is super thrilled to be a part of the team! She brings her wealth of knowledge, passion & expertise in building & leading successful teams. In her free time, you can find her adventuring in the beautiful PNW backcountry with her two pups, cheering in the Timbers Army, cycling around the city with her family & overindulging in all the deliciousness her town has to offer.

Zanoni was raised in a small town in Brazil, and has been hard at work since 2014. He is a passionate graphic designer who likes to make things simple but significant. He has been creating for over 9 years, always focusing on what matters: the solution. When not working you can find him traveling the world, sailing or playing tennis. "Life is there to be lived."

Debbie has been a presentation specialist for over 17 years serving clients worldwide. She delivers thoughtful and captivating work while concurrently providing design and content consultation. Her ability to bring a well-rounded set of services and attributes to the table, regardless of project scope, makes her a valuable asset. Debbie lives in upstate NY and is an avid golfer.