The All-Terrain Assault Drone was conceived as an interplanetary landing and assult craft. Four units are assigned to a mothership which is designed to breach planetary atmosphere and crash land on a planet’s surface. Out of the wreckage the drones become active and go to work.

The orthographic and isometric views of the All-Terrain Assault Drone were drafted traditionally then rendered digitally. This alternative approach to pen and ink methods offeres the advantage of flexibility with design changes, as well as the ability to reprint perfect copies as needed, making it possible to add tone in as many design iterations as desired, or even render tone digitally. 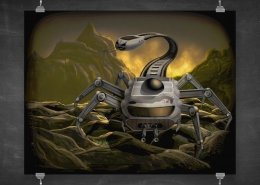 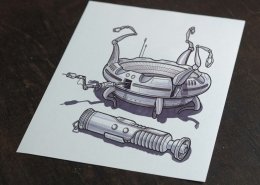 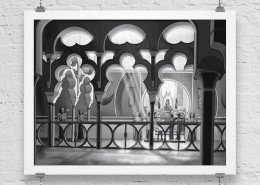